Traffic management in a city can be one of the hardest jobs for a city official. It can bring with it a host of problems, not only in terms of traffic jams and pollution, but also in dealing with city dwellers’ reactions when things don’t go as planned. Fortunately, a new “tool” promises to help tackle all these issues: Big Data. While the idea of Big Data might seem simple to explain, it’s not so easy to apply. First, it involves gathering huge amounts of data from different sources (e.g. traffic cameras, parking meters, weather data, in-vehicle GPS data, etc.). The data must then be processed and analysed. Finally, the data must be used to define a model for planning traffic circulation and running simulations, ultimately guiding authorities in their efforts to streamline traffic flow.

This is the key idea behind TransformingTransport and particularly one of its projects in the field of freight and urban mobility which is being tested in the Spanish city of Valladolid. The Valladolid pilot project is working on applying big data and data analysis to improve traffic in the city, specifically freight delivery within the city centre.

Already the project’s positive results have begun emerging. A test area in the city centre is now providing insight on how vehicles circulate in the streets during the day. The model project is specifically looking at how restricted zones for loading and unloading operations are used and how they impact city traffic. The results are based on data emerging from sensors embedded in the pavement, as well as weather data and on-board GPS devices in delivery vehicles, combined with expert knowledge from the Mobility Department of the Valladolid municipality. This is the first step of the project and will grow to cover a much wider area of the city.

Among the project’s results, in recent weeks the officials in charge of traffic planning successfully tested several scenarios on how the pedestrianisation of one of the streets in the modelled zone would affect traffic. They defined all required changes in loading/unloading zones to ensure that freight delivery would run smoothly. The model has already led to changes in certain freight parking areas, streamlining regulations and time slots for freight vehicles to park.

Spreading the word at the European Mobility Week

Encouraged by the positive results, the Valladolid city council did a great job of highlighting the pilot project’s achievements. It organised events around the European Mobility Week held in September 2018 and reached out to citizens and concerned professionals to showcase positive results. The city also co-hosted the By&For Citizens international conference, along with CARTIF, one of the pilot’s partners.

During the conference, which gathered over two hundred European experts on urban transformation and sustainability, the project team showcased the results through live online access to the purpose-built micro model website.

The public access section of the online site provided information about the project and partners of the Valladolid pilot, along with regulation of the loading/unloading zones and the methodology followed. The site’s private zone allowed end users to interact with a dashboard that presents information on the traffic patterns emerging from the data inputs. It enabled them to run simulations, as well as to check data gathered from routes, and stops in loading/unloading zones. On a technical level, users also gained access to the KPIs generated by the data received. The insights where explained to professionals interested in the project, underlining the flexibility of the solution and the benefits it will bring.

Noteworthy as well, the Valladolid city council reached out to citizens in one of the most popular squares of Valladolid. A booth offered information on mobility projects, including the TransformingTransport pilot in the city, while a screen showed engaging videos about these projects. The city’s citizens had the chance to hop on a double-decker bus and visit some of the innovative mobility solutions in the city, accompanied by experts who unveiled the latest and greatest in the field. The tour’s highlights included an electric vehicles showroom, electric bicycles loan initiative, a photo and video contest, a photocall and a live concert. There is no doubt that the success of the Valladolid pilot project in freight delivery will sooner or later be replicated in other parts of Europe! 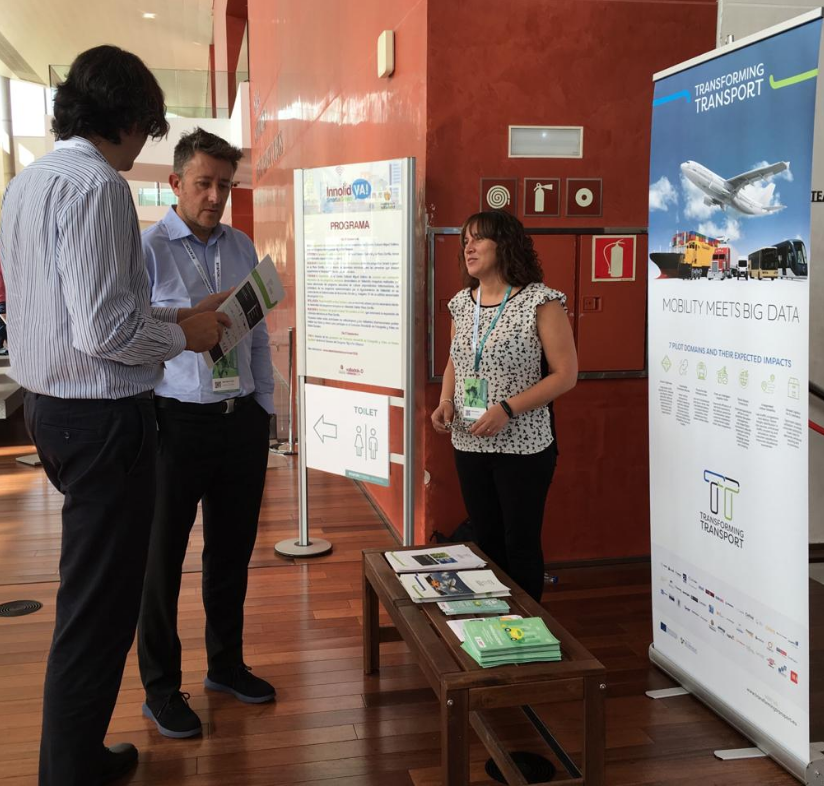