Urban traffic management centres constantly strive to keep the traffic flowing in the city. That said, traffic incidents at critical spots can rapidly spread congestion all over the city, requiring quick action to mitigate the impacts of an incident, including informing travellers.

Part of the Transforming Transport project involved the development of tools to increase the situational awareness regarding traffic status in the city of Tampere by exploiting Big Data solutions. In addition, the Tampere pilot developed tools for informing travellers in real time on critical situations on the network. The success in this endeavour is attributed to the key players in the Tampere pilot, which includes the VTT Technical Research Centre of Finland, Infotripla, Mattersoft, Taipale Telematics and the City of Tampere.

Boasting a population of about 230 000, Tampere is the third largest city in Finland and the largest inland centre in the Nordic countries. The Tampere city centre is located on the isthmus between two major lakes (Näsijärvi and Pyhäjärvi). A 2.4 km long tunnel which opened in 2016 bypasses the city centre along the isthmus. Although Tampere is the least congested city in its size category, it is very prone to congestion and particularly incidents on the main roads between the two lakes.

A large number of sensor data sources contribute to analysing and modelling the traffic in the city. This includes fixed sensors such as loop sensors at traffic light intersections and permanent traffic counters on arterial roads. More and more traffic cameras are also being installed by city authorities.

The city of Tampere has made significant effort in providing open data in order to encourage the emergence of services that can benefit from exploiting such data. Open datasets include aggregated loop sensor data and real-time traffic data from public transport vehicles.

In the TransformingTransport pilot, Infotripla developed an innovative dashboard to assist the urban traffic management centre (TMC) in its day-to-day operation. The dashboard shows the state of the traffic based on analysis of the static sensors and GNSS data from vehicle fleets.

As the amount of traffic cameras is increasing, it becomes more challenging for TMC operators to keep track of all of them. VTT has developed a tool for analysing traffic camera feeds based on artificial intelligence technologies. If the system notices a traffic jam, it automatically notifies the traffic manager.  Social media, especially tweets, are scanned for traffic related messages from the Tampere area. Tweets containing selected keywords are shown to the operator and may contribute to decision making to help alleviate traffic. A detailed analysis of the available data sources can also provide further information on disturbances, e.g. delays in the time required for public transport between stops, or the correlation between traffic at two neighbouring traffic light intersections.

Based on the available information, traffic managers make decisions regarding how best to mitigate traffic and inform travellers. Infotripla has investigated new ways for providing the information and looked at how to automate the provision of such information. For critical traffic events, such as police-reported accidents on the major roads or tunnel closures, the system can send automatically computer-generated twitter messages. To facilitate this communication, the system divides the city into different zones so that travellers can subscribe to the feeds depending on where they live or work.

These new solutions, which have been developed in the TransformingTransport project and trialled in Tampere, can also be adopted in other cities. The solutions will assist in keeping city traffic flowing and better inform both Traffic Manager and travellers about the traffic situation. 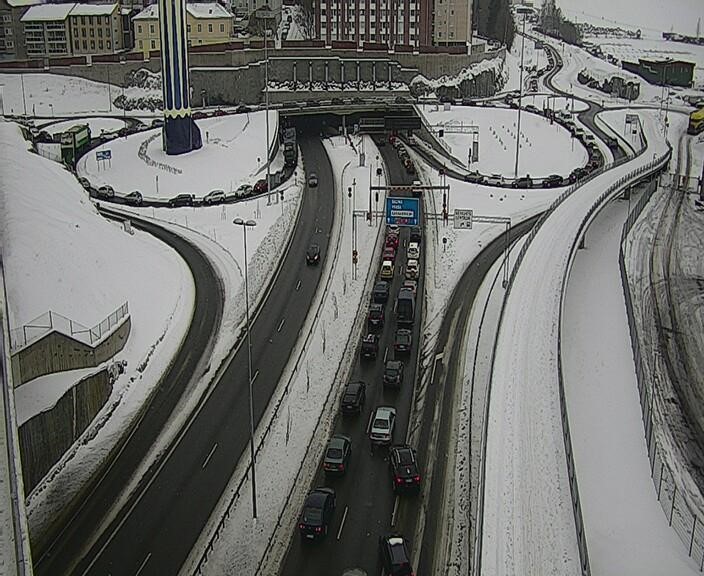